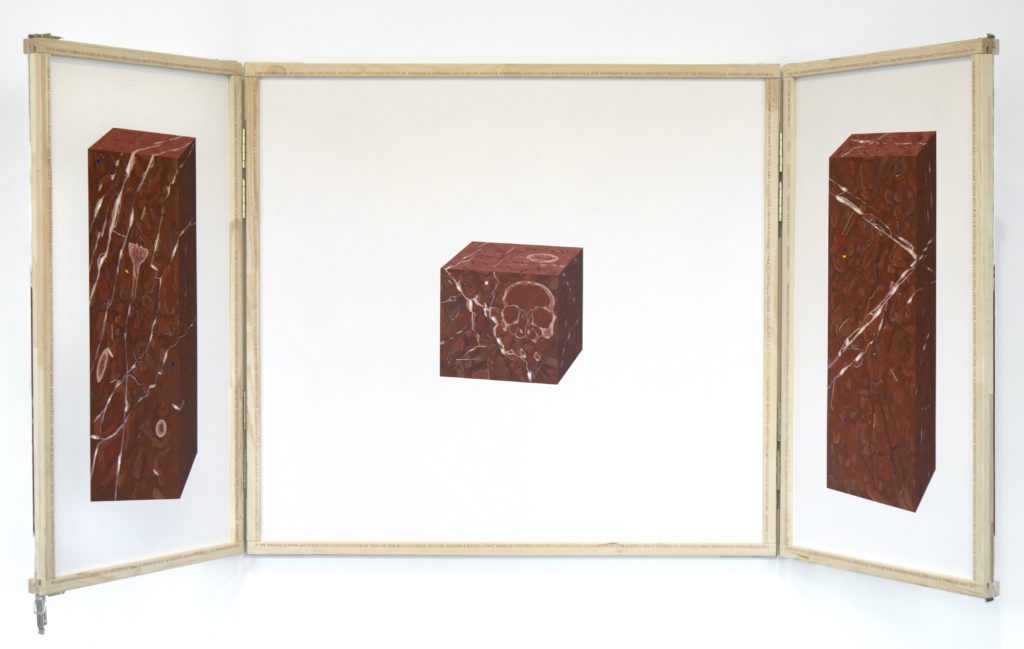 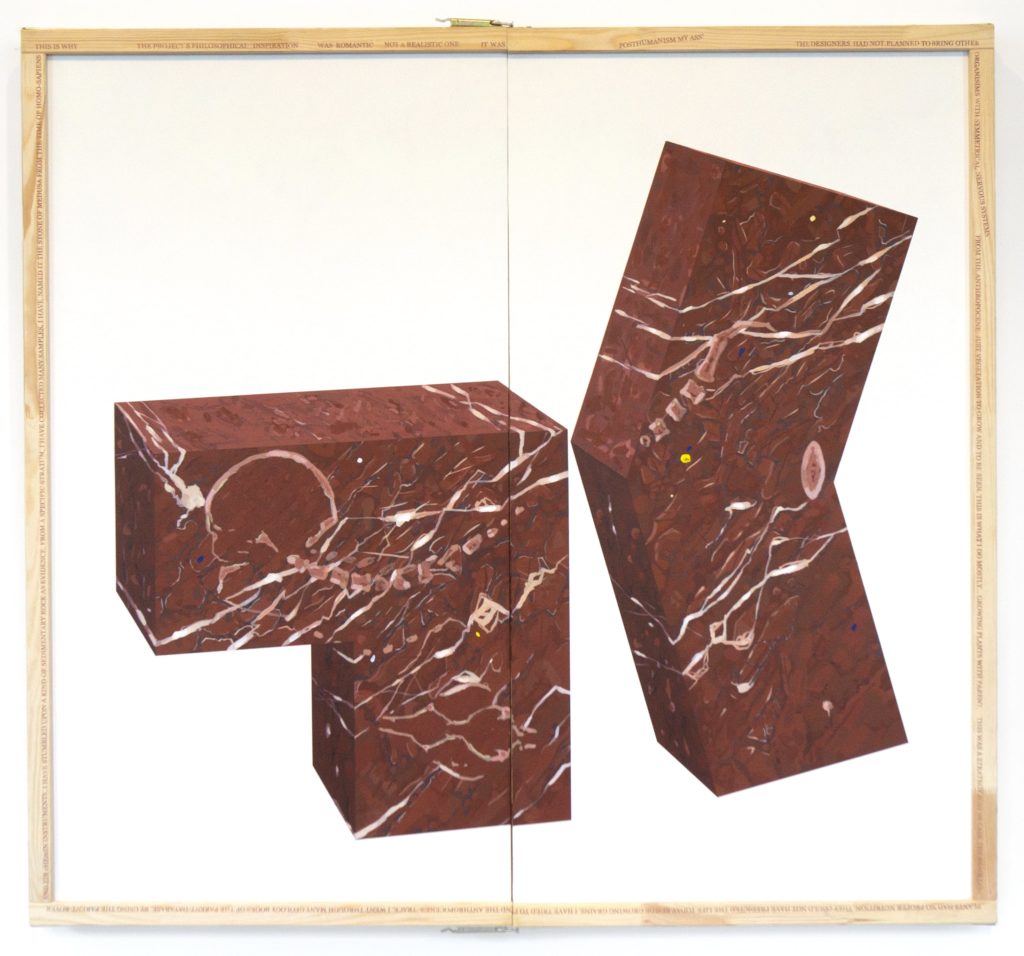 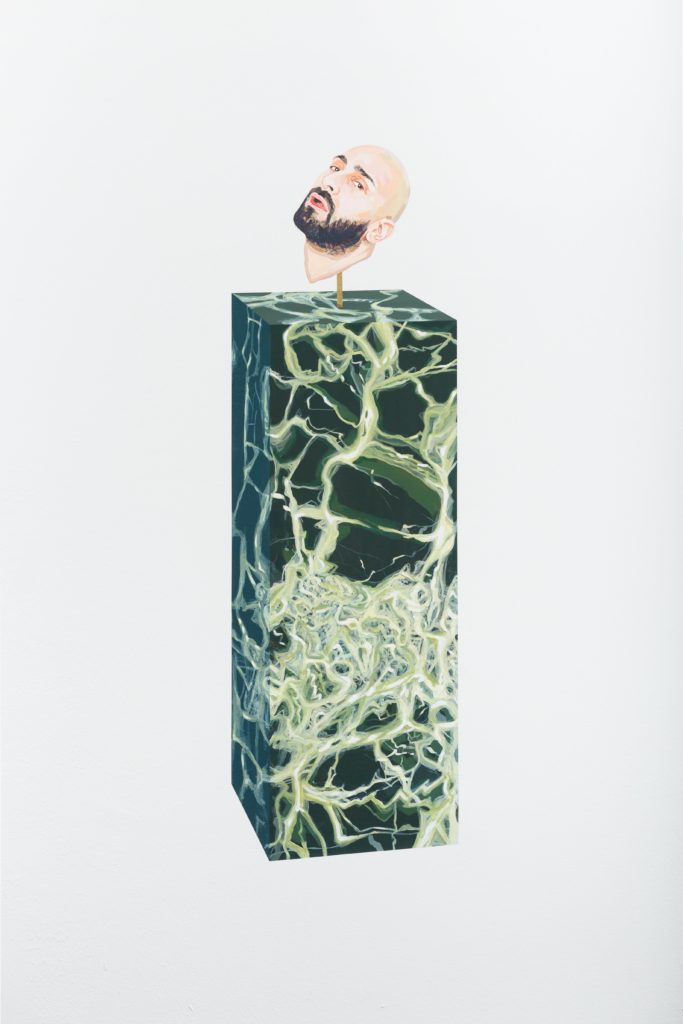 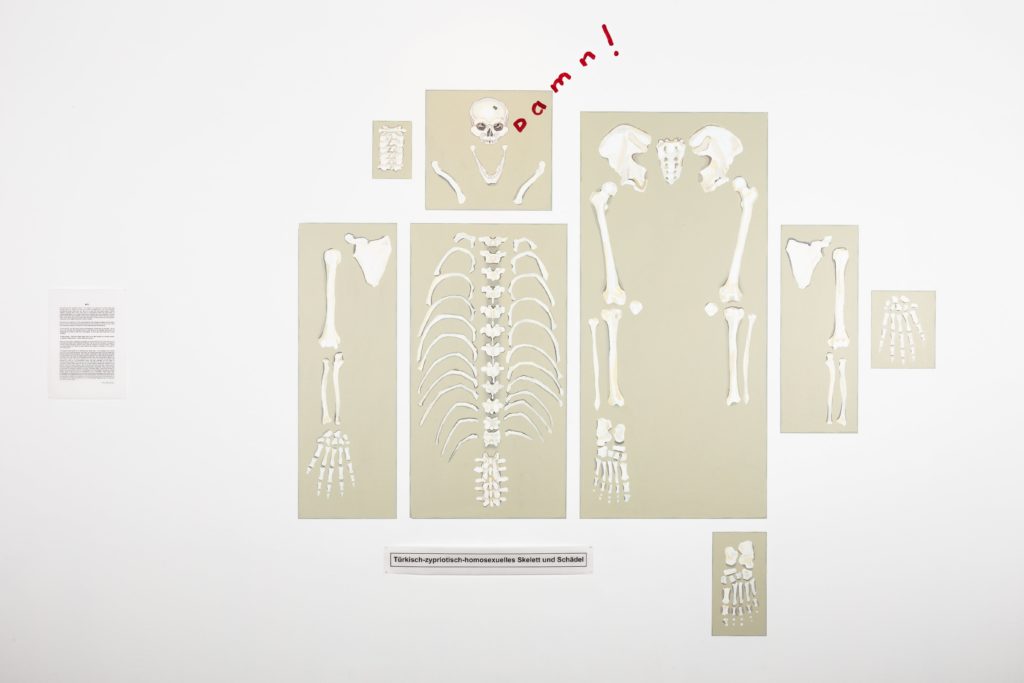 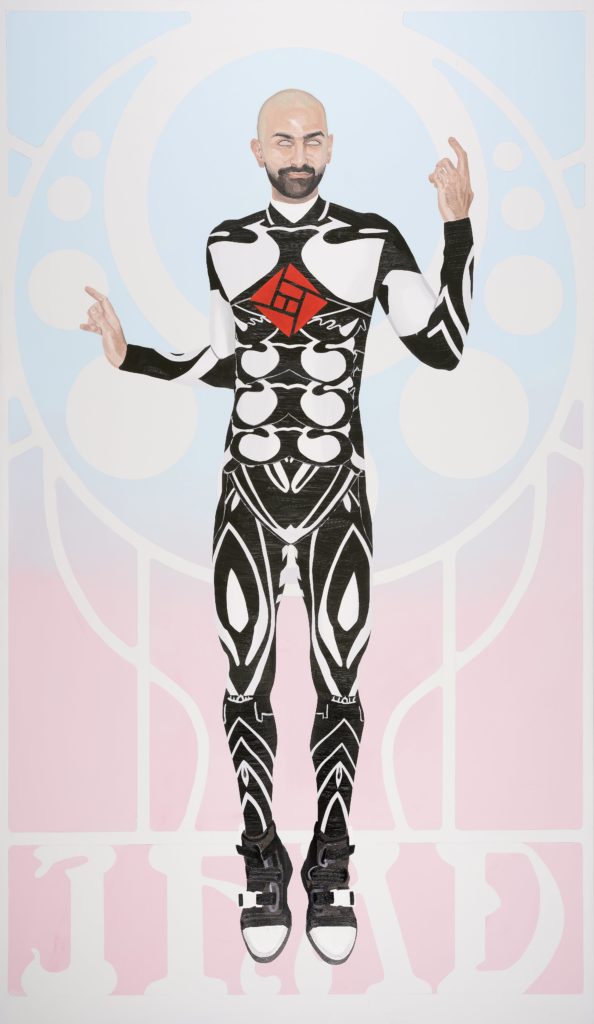 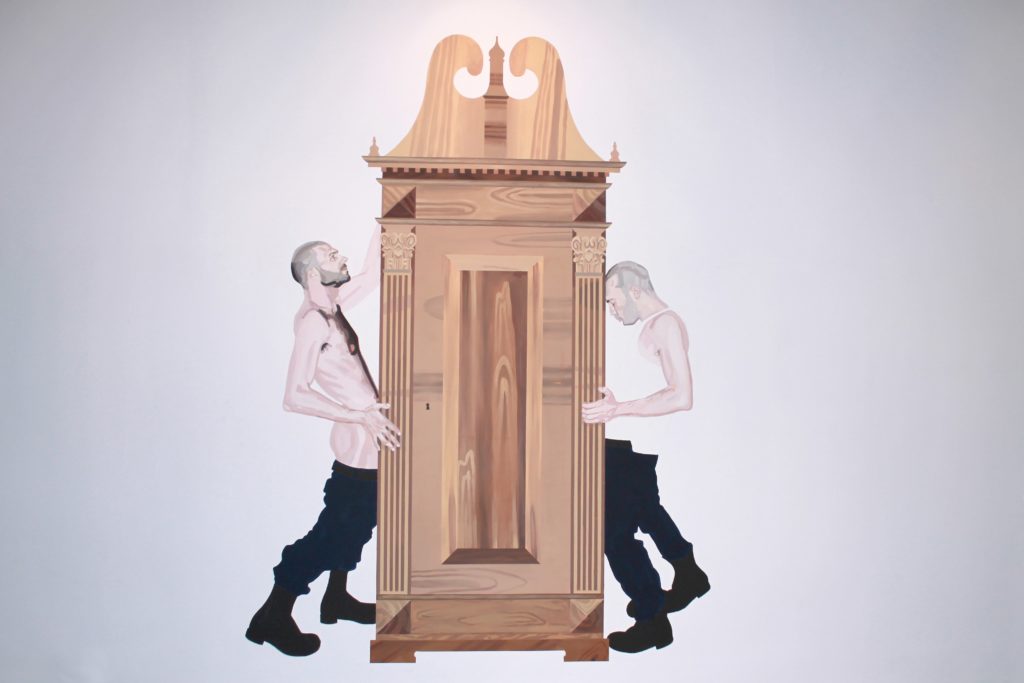 Hasan Aksaygın (b. 1986 in Nicosia, Cyprus) lives and works in Berlin. Figurative painting is the primary
method of his interdisciplinary practice that consists of wooden panels, site-specific murals, supporting
sculptural objects, and storytelling in lecture and writing formats. Oscillating between queer-feminist /
postcolonial and queer-futurist / new-materialist perspectives, he bases his conceptual visual communication
on critical historical research to speculate equally on the past and the future. Aksaygın’s work also explores
the unknown potentials of obliviousness by considering the well-known artistic use of memory and
remembrance as an empowering agent. In doing so, he uses two heteronyms, besides his birth name
“Hasan Aksaygın,” by embodying an(other) alter-ego, Hank Yan Agassi (an anagram of his birth name with
pronouns: it/its), to respectively be able to operate these two tendencies.

He obtained a BFA degree from the faculty of Fine Arts at the Marmara University of Istanbul (BFA) and a
German Diplom (BA and MA) from the Liberal Arts / Painting department at the Weissensee
Kunsthochschule Berlin (KHB). In 2018, he accomplished another MA study at the Institute of Art in
Context at the Berlin University of Arts (UDK).